In this website, we would like to introduce you to a small Lucanid group found in the Andes Mountains of Chile and Argentina.

Stag beetles in the genus Pycnosiphorus are found in the Nothofagus forests of Patagonia.  There are approximately 20 species.  Although relationships among the Lucanids are unclear, their closest relatives may be beetles from the Australian region (genus Lissotes).  Several insect groups are similarly restricted to Patagonia and Australia.  Along with Pycnosiphorus, these groups provide evidence of a biogeographical connection between these two areas in the past (i.e., Gondwana).

These beetles are known in Japan as "samehada kuwagata", or shark-skin stag beetles.  This common name is derived from species like P. caelatus and P. mandibularis which have a rough texture to the elytra.  Samehadas are sometimes sold as pets in Japanese insects shops. 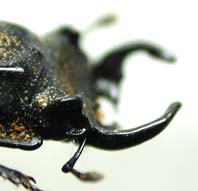 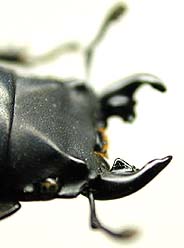 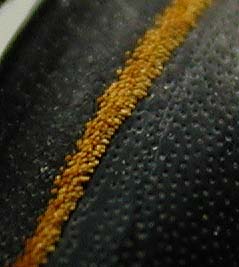 Orange stripes on elytra (P. magnificus).
As you can see above, lines are actualy, small scales.

Unless noted, male specimen is on left and female on right. 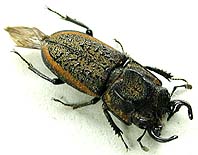 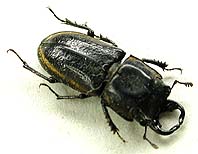 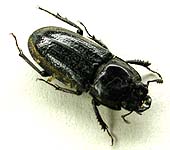 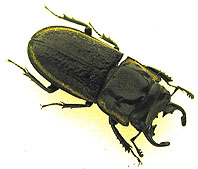 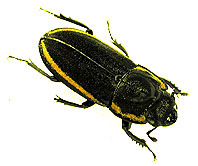 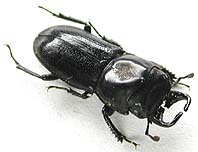 Nuble, Recinto, CHILE
December 1998
Body length: 14.5mm
This specimen is rather worn out one.
Fresh caught specimen has whitish yellow stripes along edges of the thorax and on the elytra wings. 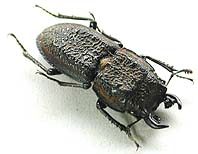 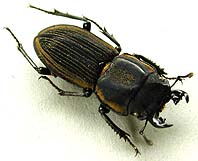 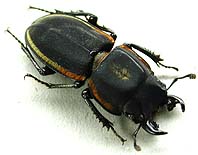 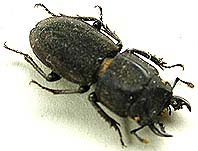 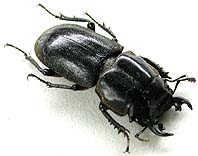 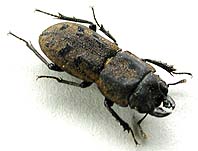 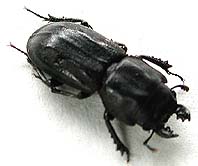 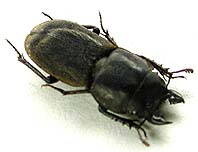 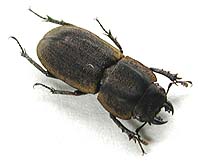 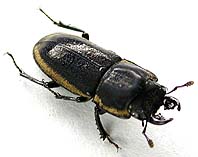 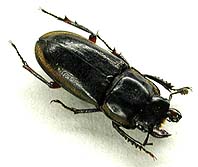